7 Secrets to Have a Continuously Productive Vegetable Garden

Here are the best-kept Secrets to Have a Continuously Productive Vegetable Garden! Follow these to have fresh greens all year round!

All of us want a garden full of fresh vegetables where we can enjoy a harvest at any time of the year! To make sure you do the same, here are some amazing Secrets to Have a Continuously Productive Vegetable Garden!

Secrets to Have a Continuously Productive Vegetable Garden 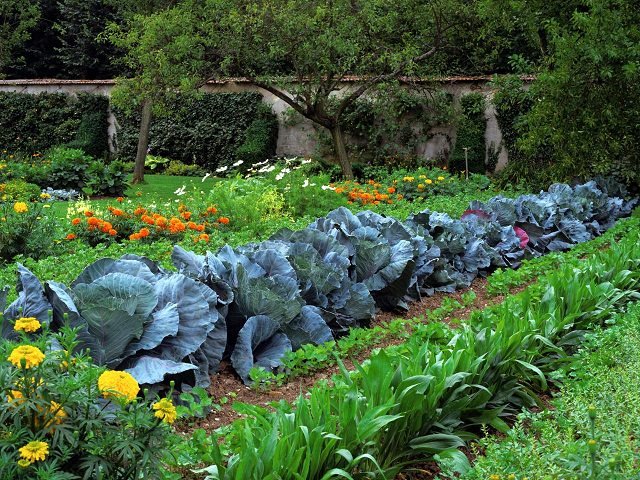 Avoid planting all vegetables and herbs, at once, at the same time. Instead, do successive planting! Start with a smaller crop and plant more in every 2-3 weeks. That way, there will always be something maturing and becoming ready to harvest every time instead of everything at once.

To make this easier to keep track of, keep a record of the dates you planted each successive crop in a small notebook. 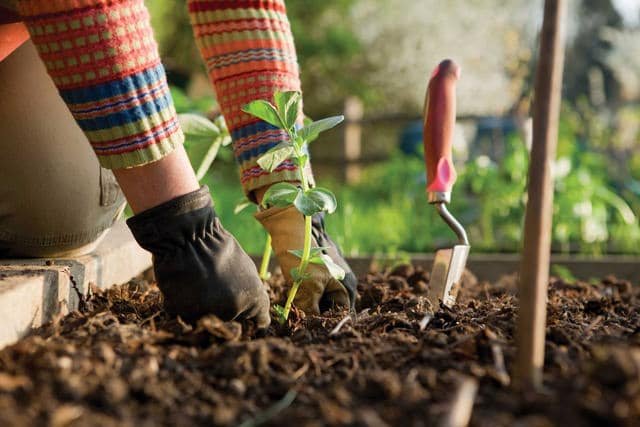 Some plants do best when planted directly into the ground, while others prefer the method of transplanting, to get a head start indoors in early winter to late spring and on time.

Beans, gourds, and root vegetables (or those with taproots), for example, don’t like being disturbed once planted. It is important to sow these directly when the atmosphere warms up.

Tomatoes and peppers, however, have a long growing season and benefit from being started early indoors and later transplanted outside as seedlings. This is extra useful as you’ll have small plants ready to replace expired cool weather crops at the end of spring, resulting in a faster turnaround and increased production.

Similarly, if you live in a warm, frost-free climate, you can start the cool weather crops in the fall before the beginning of winter. 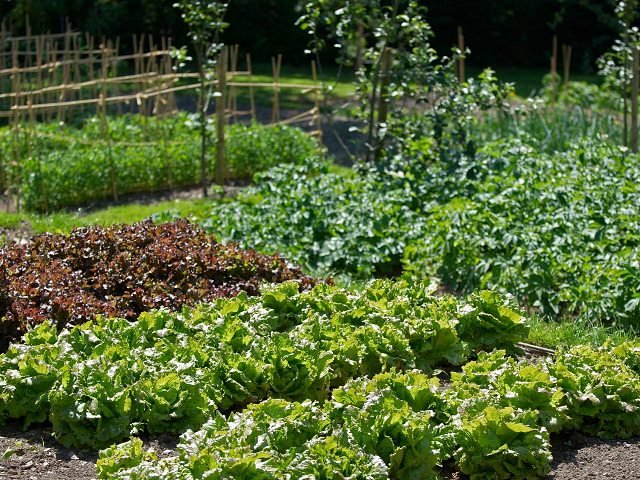 Though many vegetables are very different from one another, you can place them into groups based on how they produce and how you harvest them.

Some are a one-time producer, like carrots, onions, and corn. Such vegetables grow all season to produce a final crop and then die back once harvested.

Others, like tomatoes, peppers, beans, lettuces, spinach, and cucumbers, etc. keep producing many crops throughout the season, often until frost kills them in the fall. 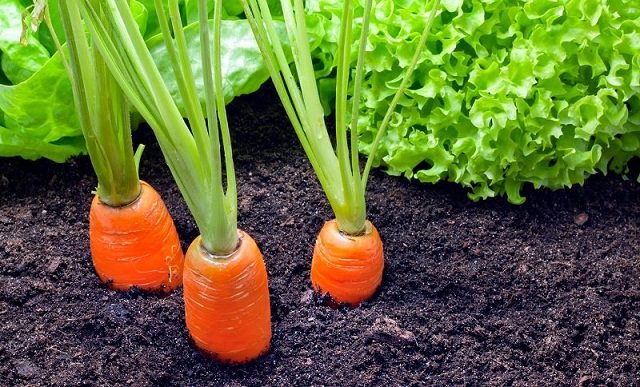 In general, most people practice companion planting to make use of the beneficial relationships between different plants. For example, basil is often planted alongside tomatoes because it repels the tomato hornworm and is said to improve the tomatoes’ taste. This can also work to increase the efficiency of your use of garden space as well as time.

Radishes and carrots are both small root vegetables, but they mature at vastly different rates. Radishes mature in approximately thirty days, while carrots take a lot longer. Because of this, the two can be planted together quite closely because the radishes will mature and be harvested long before the carrots get big enough to feel crowded.

Shallow rooted, shade-tolerant plants like lettuces can be planted beneath taller sun lovers like tomatoes to maximize the use of your garden space. 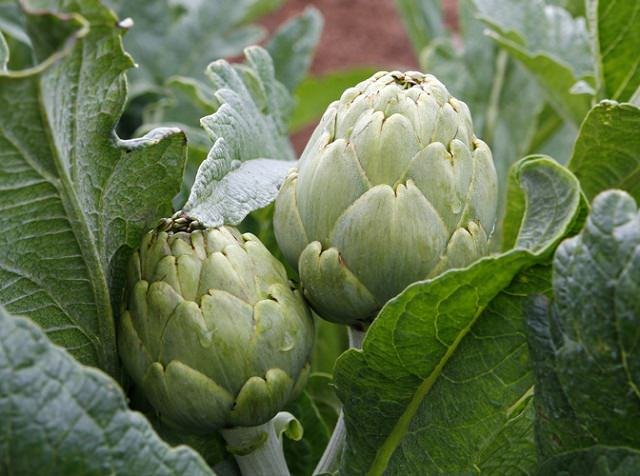 Perennial plants can be a great time-saver in the garden once they get established. These plants come back on their own year after year and often require less maintenance than annuals as they are more of a plant-and-forget type of grower.

Since they have been established longer than the newly planted annuals, they often produce earlier in the spring or later in the fall, filling in the gaps where you may not have much else to harvest.

6. Build a Cold Frame or Greenhouse 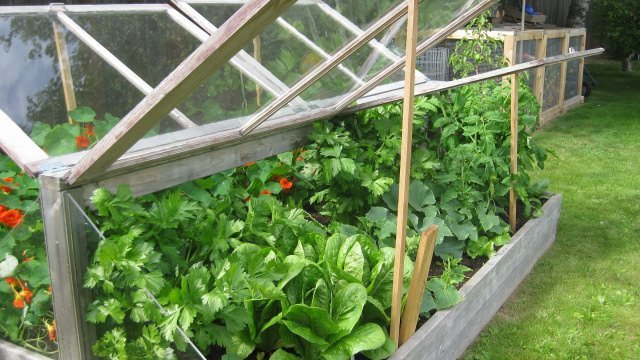 Having a shelter for your plants will allow you to extend your growing season considerably, and thus, increase production in your garden.

A greenhouse or cold frame will allow you to start growing things earlier in the spring and later in the fall (and potentially through winter). This means you could be harvesting edibles at any time of the year! 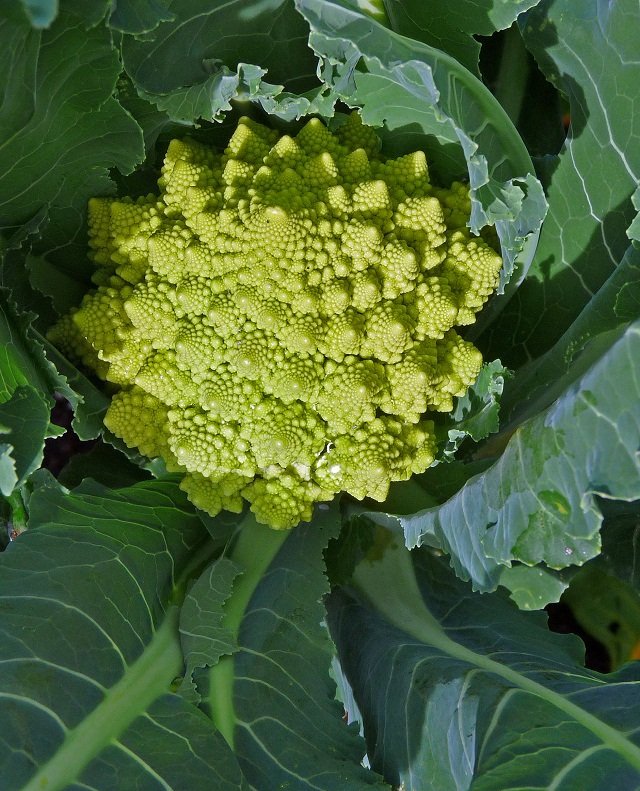 Experimenting is one of the most fun and exciting parts of gardening, and there is always something to learn when growing new crops.

It takes some trial and error to get the hang of growing something new, so if you have space, it is a great idea to keep a bed or two for experimental planting always. This can provide you with new and exciting things to mix in with your old favorites from the garden.

Want to start a farm business? Check out our introductory guide here! 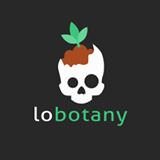 Brianne Kirbyson writes for Lobotany – A blog and shop aiming to provide advice and neat stuff for urban and small space gardeners. She likes to find thrifty methods of gardening to counteract the costs of living in the city, and to do good for the environment.

How To Make A Rain Garden & Its Benefits

Russian Sage Vs. Lavender: All You Need to Know

65 Best Oxalis Varieties You Must Grow

Have you ever thought Is Eggplant a Vegetable or Fruit? Or is it a berry? Clear your...