Take a look at 21 Different Types of Zebra Plants for your succulent collection, each one of these is stylish and unique in appearance.

Also known as zebra cactus, there are not just one or two of them but almost two dozen of plants with a striking striped appearance like a zebra skin. Perfect for modern decor, these 21 Different Types of Zebra Plants are easy to grow as well.

Check out our article on growing Haworthias here

Note: This succulent is often confused with Haworthiopsis fasciata–you can easily differentiate among two as H. attenuata has white tubercles that appear on both the outer and inner surfaces of leaves. However, H.fasciata is fibrous and has comparatively fatter leaves, and has recognizable stripes on the outer sides only.

Commonly known as zebra haworthia or zebra plant, it is an attractive, low-growing succulent that produces a rosette of tough, dark green leaves with white tubers. It also has flowers. 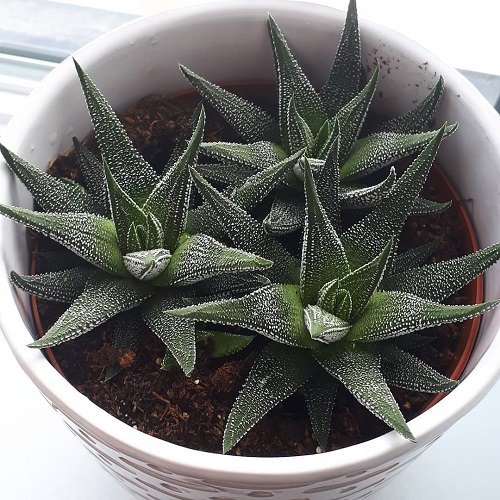 It’s a small succulent featuring rosettes of light to dark or brown-green, fleshy narrow leaves covered with bands of the same color as the foliage. 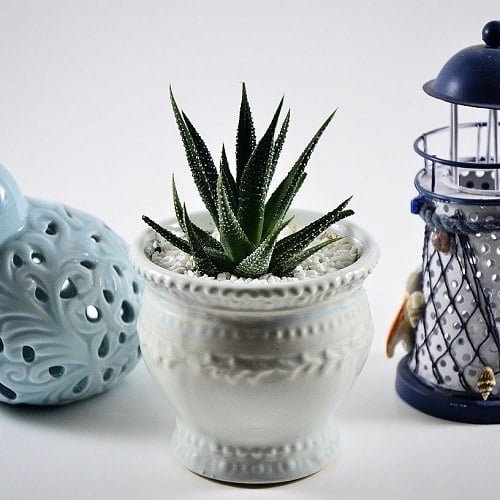 This compact specimen forms a rosette of green to brown leaves covered with white bumps on both sides. 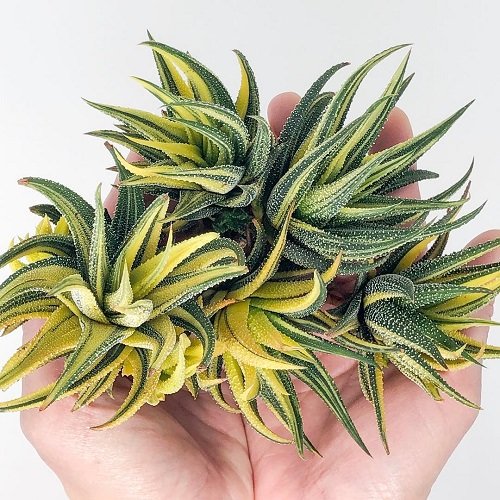 It features rosettes of fleshy variegated dark green leaves, mottled with uneven patterns of creamy-white, yellow, or pink variegation with white bumps on both sides. 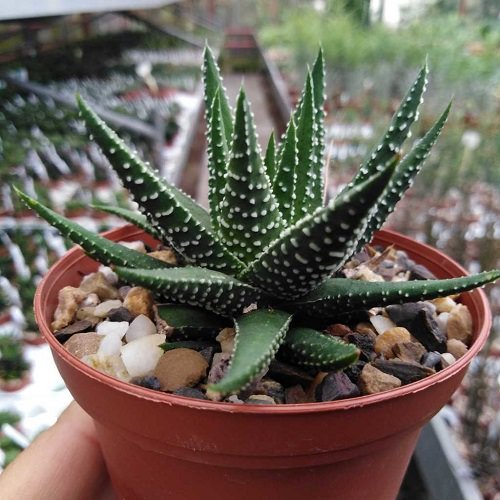 This dwarf succulent shows off rosettes of short, fat, firm green leaves that change to yellow-red-tone in stress, with raised white spots

Hawothiopsis fasciata plants are small in size, growing up to 4-6 inches tall. They have green and triangular leaves, with narrow white-tipped stripes on the outer side and a non-acute spine at the end. 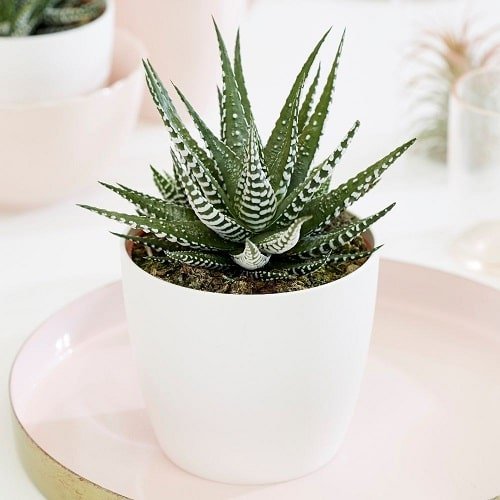 Just like the name, this beautiful clump-forming evergreen perennial is adorned with attractive broad white stripes or bands over fleshy dark green leaves. 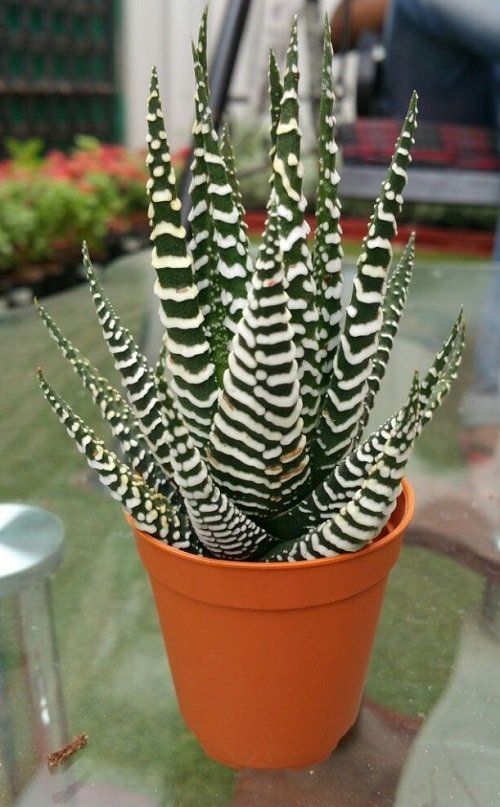 ‘Super White’ has white bumps stripes on the outer side of plumped green leaves. The lines are very pronounced and give it a zebra skin-like appearance. 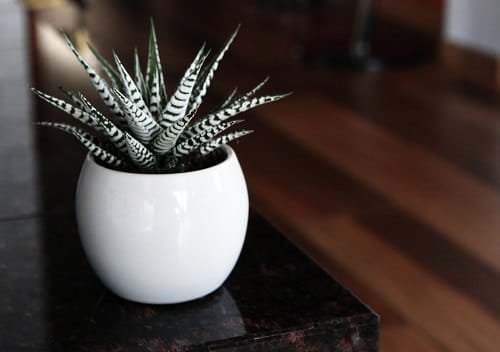 This fasciata variety has zebra-like wide white-green streaks on the outside of the green fleshy leaves. It is a compact specimen and looks great in mini pots! 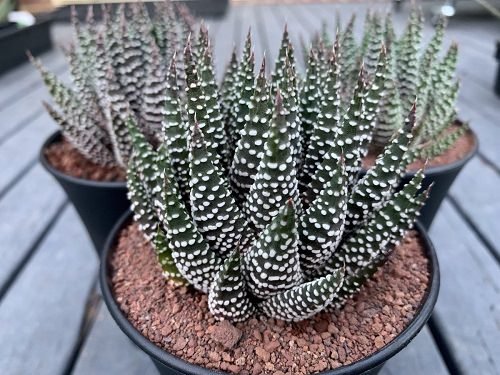 This petite variety forms a cluster of dark black-green pointed foliage with raised white tubercles on the leaf surface.

Coming next in the Different Types of Zebra Plants is the pearl plant. This small, slow-growing succulent produces beautiful rosettes of olive green to brown triangular leaves covered with raised white bumps. Tubular brown-white flowers appear in the summertime. 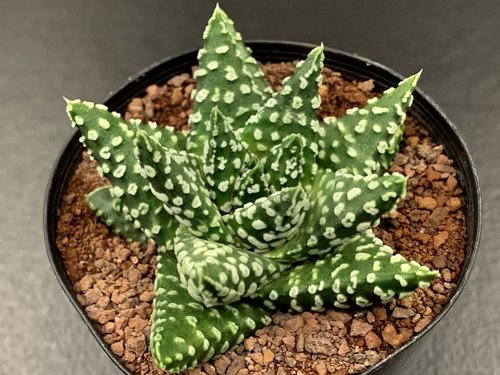 ‘Donut’ is a small attractive succulent with rosettes of green leaves covered with donut-shaped tubercles. The foliage is fleshy, tough, upright, often pointed, and incurved. 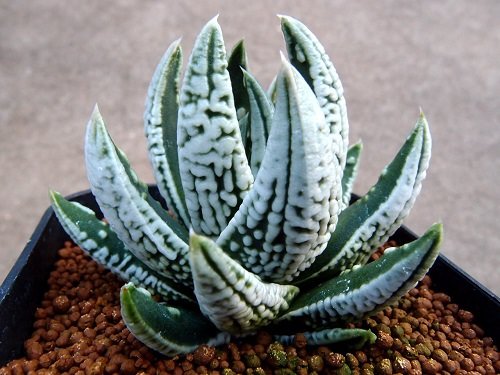 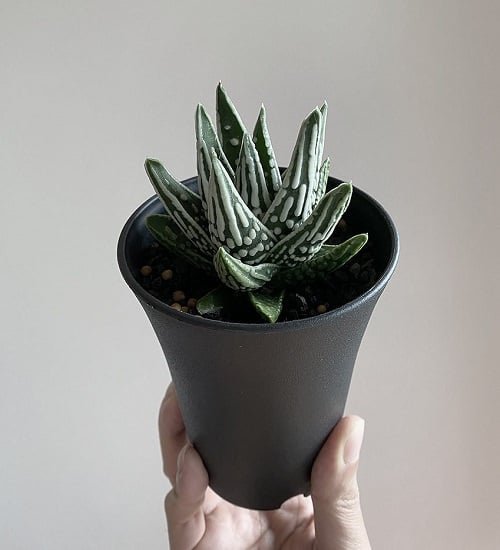 The common name of this succulent is Zebra Wart; this small perennial variety produces a basal rosette of fleshy leaves arranged in a spiral pattern with raised white bumps. Clusters of pink-white blooms appear in spring. 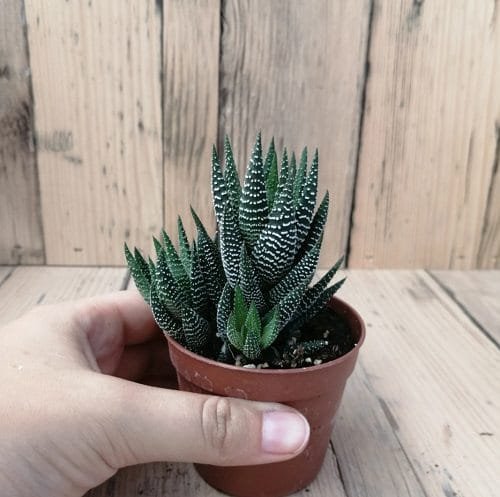 This cultivar forms many upright columnar leaf-clad stems from an offset base. The dark green leaves have raised white tubercles. It gets a red-brown hue in full sun. 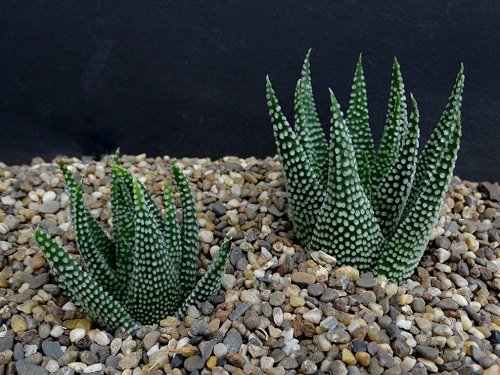 This succulent plant forms large clumps in its native habitat. It has a dark green color but obtains a rich purple-red shade in full sunlight. It has small, smooth, and round white tubercles on wide, fatter leaves. 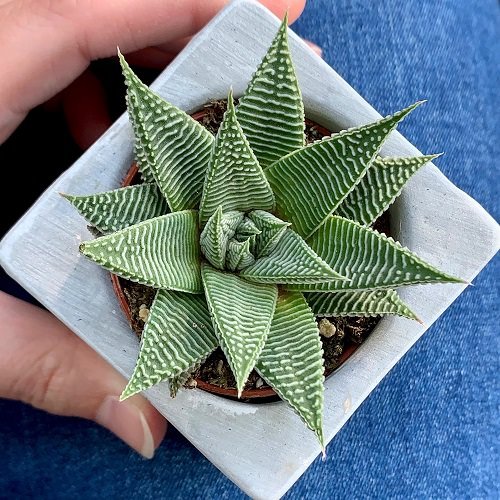 This cultivar has deep ribs and grooves that are highlighted with white shade, making it one of the showiest of all the Haworthias! 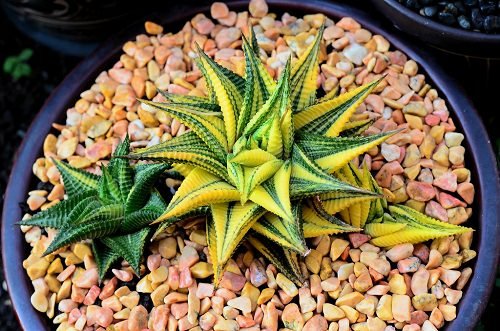 This charming succulent forms a rosette with variegated leaves, triangular to ovate, in green and cream hues.

Some other species also include plants that have zebra-like patterns on their leaves.

This impressive aloe forms a rosette of deep green foliage with raised white spots and serrated edges. It turns orange-red if placed in full sun. 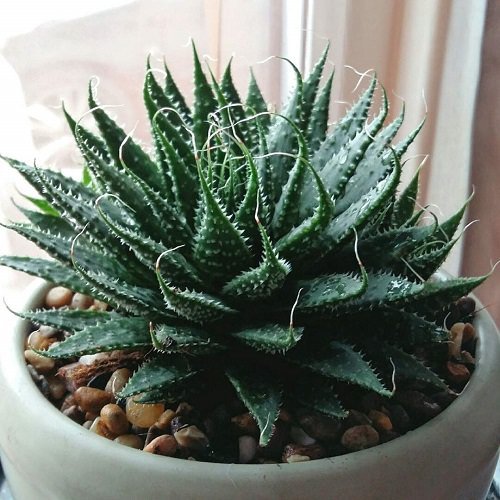 The extraordinary feature of this aloe variety is the raised white bumps on fleshy green leaves with spiny tips. 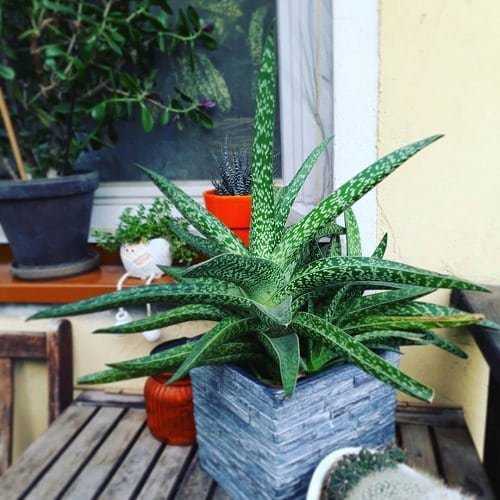 One of the most beautiful aloe varieties, it features small fat foliage with white streaks on green leaves. 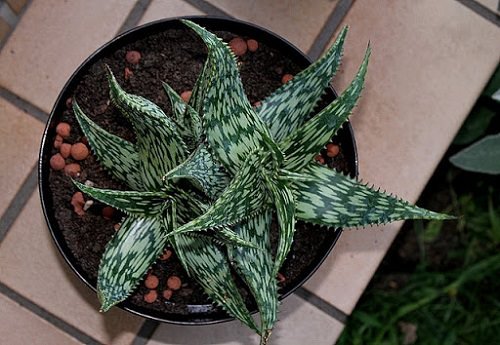 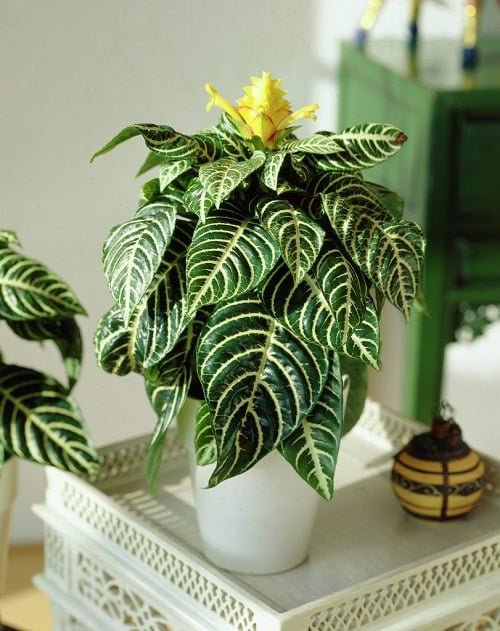 As the name suggests, its foliage has a bold pattern of white-colored veins that look fantastic on the dark green leaves.

Growing Pumpkins in Containers is rewarding and lets you enjoy a fresh harvest year-round. Learn how to...