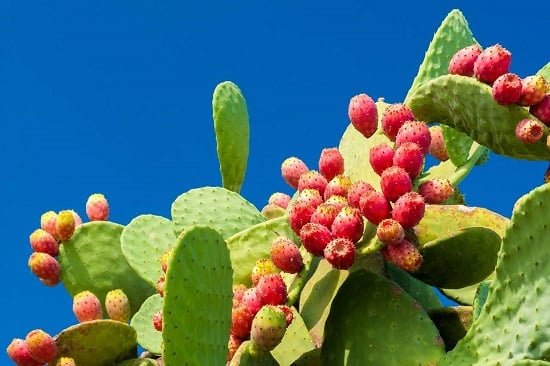 Prickly pear is a common succulent plant in Mediterranean and subtropical regions. It is grown as an ornamental plant and for its juicy fruits. Prickly pear cactus is undemanding and easy to grow. It grows about 1-2.5 m high. The flowers are very showy, colors ranging from white, yellow, to orange, depending more on the variety.

How to Grow Prickly Pear Cactus 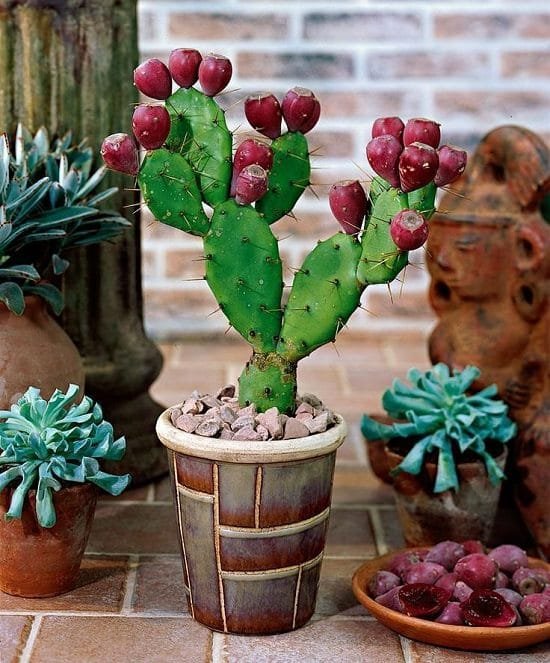 Prickly pear cactus can be propagated from seeds or pads. Growing prickly pear from the pad is comparatively easy than seeds. To facilitate the rooting, it is preferable to wait until the cuts are perfectly healed (about 1-2 week) before planting. If you live in an arid climate, you can skip this step.

Tuck them an inch deep on the ground or in containers. The rooting takes place in a short time, usually in a month. Save the rooting pad from the afternoon sun and water it when the top one inch of soil seems dry.

How To Grow Prickly Pears In Containers 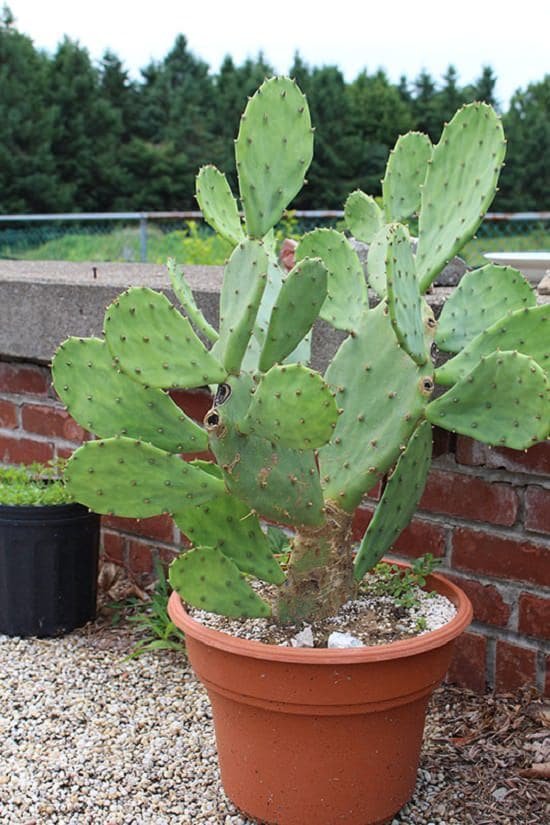 Being a cactus, it won’t tolerate heavy and constant moisture rain, so it is advisable to plant it in containers for such climatic conditions. When planting in a pot make sure to fulfill all its drainage needs: 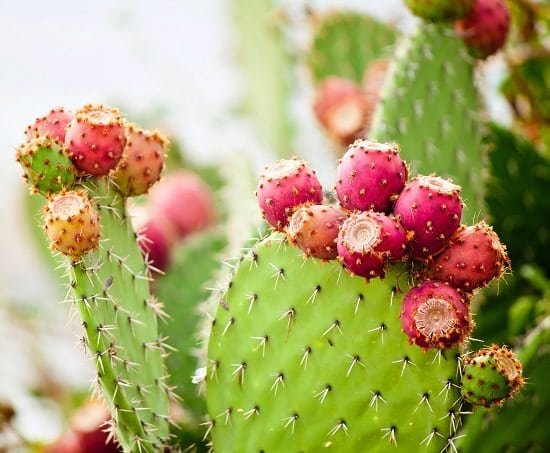 Prickly pear cactus can tolerate poor soil conditions. If growing on the ground, it even tolerates heavy soil to some extent if it doesn’t remain wet. However, it’s best to grow it in well-drained, light, sandy and loamy soil.

Avoid clay-rich soil that is not well draining and promotes water-stagnation. For growing prickly pear cactus in a container, use succulent potting mix or any regular potting mix that doesn’t retain moisture. Make your potting mix for prickly pear by mixing 1/3 part each of compost, soil, and coarse sand or perlite.

Watering should be done only when the surface looks dry. On average, during the spring and summer, water it once or twice a week and during the fall and winter once or twice a month. If you’re living in tropics more frequent watering will be required.

If growing in a pot, the plant must be repotted once it is root bound. Whenever you identify that the plant is growing slowly, repot it. The best repotting time is spring. 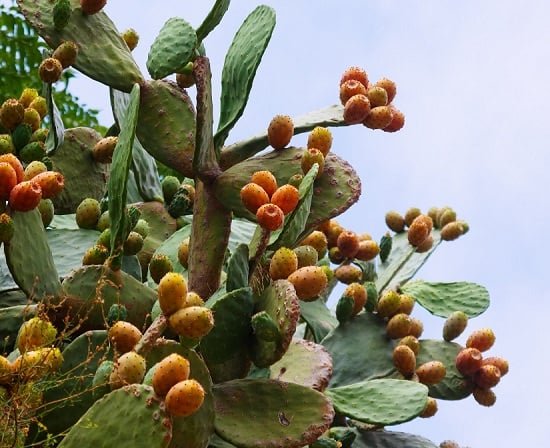 Prickly pear cactus care involves several steps that are given below.

Instead of liquid feeding, you can also opt for granular fertilizer. Schedule it according to the product’s instructions. *Do not feed in winter in cooler zones when the plant stops to grow.

Pruning prickly pears is not required. It is done in spring or late summer by removing the pads that come into contact with each other or those that are damaged or poorly formed.

Fruit thinning is done to get a better harvest. It is necessary to remove extra fruits and flowers to get lower production but of improved quality. It is recommended that thinning must be done two weeks before the formation of the fruits, leaving approximately up to 10 fruits per stalk.

Mealybugs, spider mites, and cochineal might attack it. Keep an eye on fruit flies and moths as well.

In diseases, worry about root rot and stem rot — too much water or cold causes rotting. Prickly pear cactus is a succulent, so water it moderately. As soon as you detect the softening of tissues, remove the rotten part and treat the infected part with fungicide. 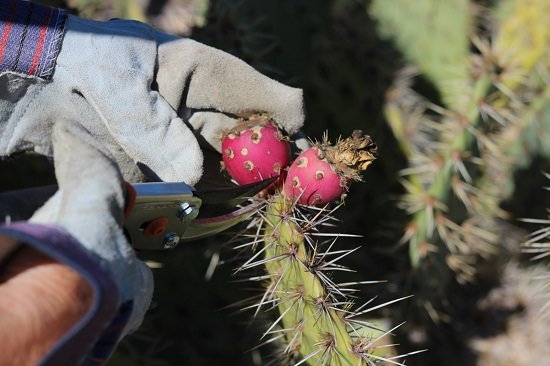 You’ll know that the prickly pear is ready for harvest when the fruit loses all its prickly spikes. Great news as it’ll be easier to harvest it! Another indication of ripened fruit is the color changing from green to yellow or solid red. Also, the ripe fruits feel firm when pressed. Just don’t apply too much pressure and wear protective gloves.

How to Grow Carob Tree | Care and Growing Carob

Read about the best Indoor Plants that Reduce Radiation (Proven by Science) and minimize the risk of...