Can Dogs Eat Cinnamon | Is Cinnamon Safe for Dogs

Can Dogs Eat Cinnamon? Is it safe to include it in their treats? What could be the right way to give it to them? Let’s find out!

Cinnamon is a fragrant spice that is found commonly in every household and you might be tempted to give its treats to dogs. But before that, you need to know Can Dogs Eat Cinnamon and whether it is safe to give it to them. Continue reading to find out!

Can dogs eat dates? To find out, click here

Can Dogs Eat Cinnamon? Is Cinnamon Safe for Dogs? 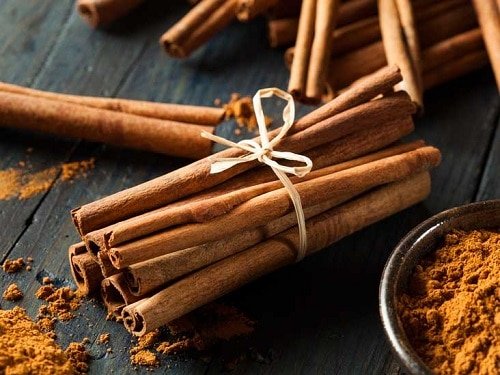 Yes! Cinnamon is non-toxic to dogs. You don’t have to take our word for it as ASPCA also considers cinnamon non-toxic to dogs, cats, and horses. However, too much cinnamon can be unhealthy for dogs and cause various problems. But before we discuss its adverse effects on dogs, let’s discuss its benefits.

Find out some Amazing Cinnamon Uses in the Garden here

Benefits of Cinnamon for Dogs

Dogs at risk of diabetes and weight problems can significantly benefit from cinnamon. It regulates blood sugar levels and increases insulin resistance.

As cinnamon is anti-fungal, it can fight off yeast infections in dogs. Cinnamon can help fight viral infections and inhibit the growth of bacteria like salmonella and listeria.

When dogs get older, the chances of getting arthritis also increase. The anti-inflammatory properties of cinnamon make it a boon for aging dogs with arthritis.

If your dog has any digestive issues or an upset stomach, you can give them a dose of cinnamon. It can help soothe the side effects of indigestion, including gas, vomiting, heartburn, and nausea.

Cinnamon is loaded with rich antioxidants like polyphenols and can save your dog’s body from damage by pollution, fumes, smoke, sun exposure, and inflammation.

According to a study in the Journal of Animal and Veterinary Advances, researchers also pointed out that cinnamon can improve heart health. Dogs who took their daily intake of cinnamon displayed lower blood pressure and stable heart rate compared to dogs that did not take cinnamon.

Learn about the Plants that Dogs Love to Munch On here

If you are still wondering, Can Dogs Eat Cinnamon? It may be best to know the recommended safe dosage for your dog. Check out the daily dosage according to the weight of your dog:

It is best to start your dog off with the recommended dosage slowly. Then increase the amount only over 1-3 weeks until the proper dosage is reached according to the dog’s weight.

Can Dogs Eat Cinnamon or Nutmeg?

Nutmeg is a delicious, popular spice used liberally on several winter and fall desserts, including sweet potatoes, eggnog, and pumpkin pie. It can be easy to confuse cinnamon and nutmeg together.

However, nutmeg, unlike cinnamon, contains a toxin called myristicin that can be toxic to dogs when eaten even in moderate amounts.

Is Nutmeg a Nut or Fruit? Learn here

Harmful Effects of Cinnamon on Dogs 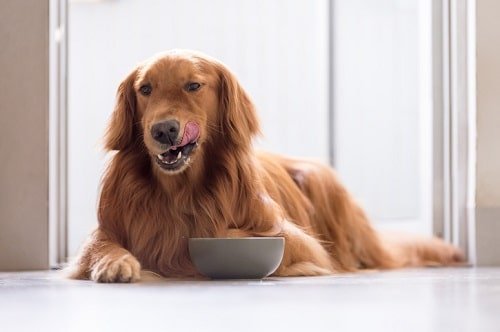 As mentioned above, including too much cinnamon in a dog’s diet can be harmful. An upset stomach is a common occurrence in dogs when given too much cinnamon. Prolonged intake in large quantities can also damage your dog’s liver.

Irritation in a dog’s mouth can also occur due to the consumption of cinnamon sticks. Inhalation of powdered cinnamon in a liberal amount can cause coughing, choking sensation, and breathing difficulty in dogs.

Always mix the cinnamon powder in dog meals properly, and do not give more than one small spoon per day.

Alternatives for Dogs Allergic to Cinnamon

If your pet cannot consume cinnamon due to some allergies and reactions, you can be thinking about how else you can boost their nutrient intake. Here is a list of other spices and herbs that are safe for dogs:

Do make sure you give them these in moderate quantities, not more than once a week.

18 Beneficial Weeds in a Garden and Their Uses

The next time you start to remove weeds from the yard, keep in mind that these Beneficial...