Learn about 12 Types of Agaves to grow these impressive architectural plants both in gardens and containers to improve the curb appeal of your home!

Agave is well known economically for the production of alcoholic beverage tequila, which is produced by blue agave. But this is not what agave is all known for as there many varieties out there which praised for their ornamental value and other reasons. We have talked about some of the best types of agave below.

To know more about agave plant benefits, check out our article here 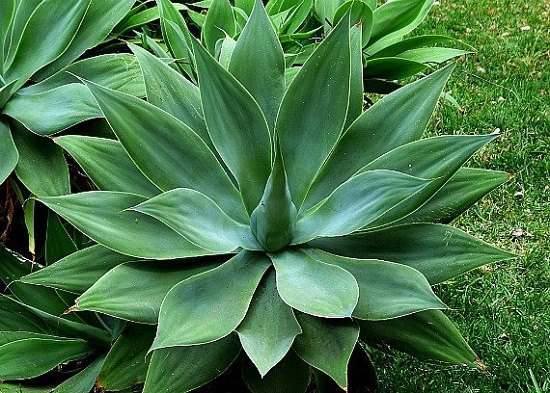 With silver and pale green foliage, foxtail looks graceful. It also forms a rosette resembling a flower that looks like a fox’s tail, which is the reason behind its unusual name. Also, unlike other agaves, it has no teeth or terminal spines. 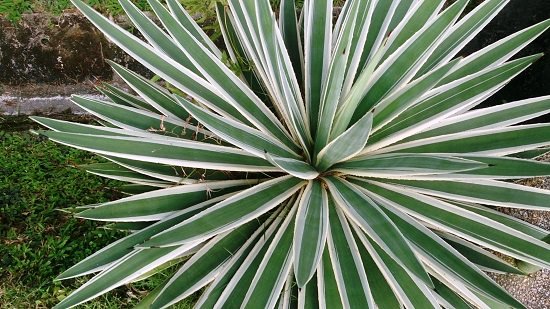 The leaves of the Carribean agave are pale green in color with a creamy margin and grow up to 2 feet long. With a dense rosette and a flower that grows on a spike 10 feet tall, it is a must-have plant in your garden! 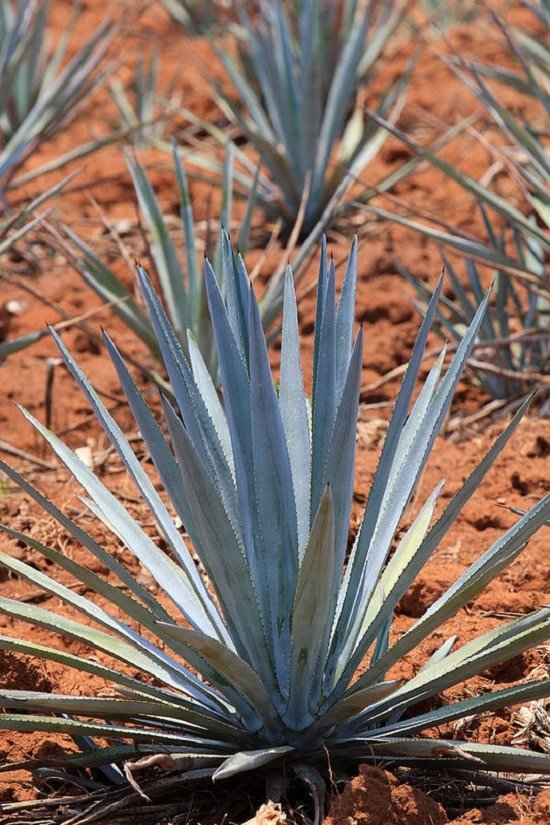 Tequila is obtained from the blue agave, which makes it quite popular. As the name suggests, the leaves are blue-green and can reach a height of 7 feet. The plant also produces a yellow flower, although it takes around five years to appear. 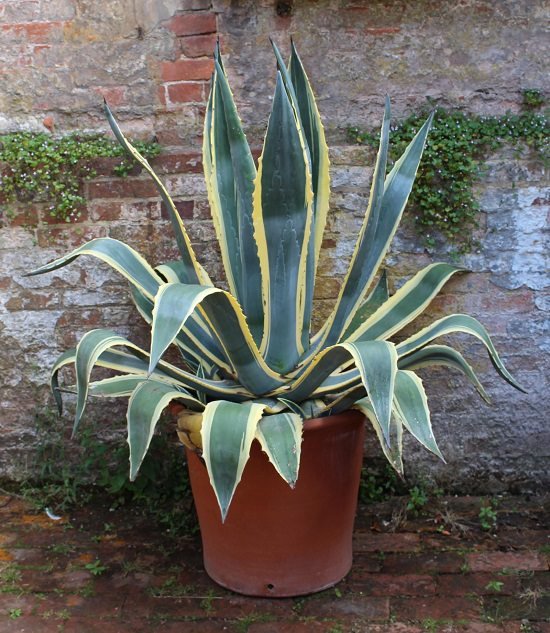 Large and unusual, the American century plant has spectacular, blue-green foliage. The leaves are narrow, long, and thin with a sharp spike on the tip. This plant is a Garden Merit award recipient and also attracts hummingbirds.

A cold hardy, whale tongue gets its name due to thick and cupped leaves that are powdery blue in color. Though it flowers in 10 years, it would surely be worth the wait as its flowering spike reaches a height of 14 feet, making it one of the best Types of Agave! 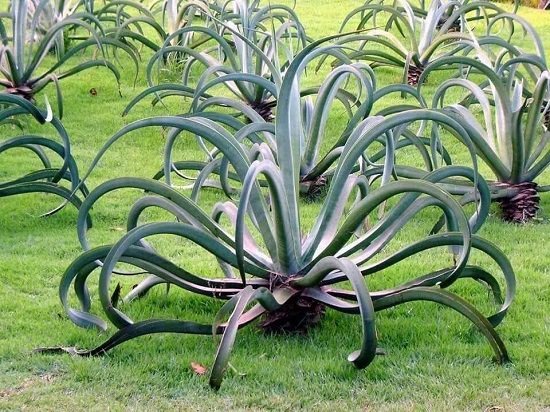 Perfect for gardens and containers alike, the plant’s foliage resembles the tentacles of an octopus. The leaves at their tips curl inwards, giving it a very unusual yet attractive look. It takes around 10 years for the plant to bear glorious yellow flowers atop of a 10-20 feet spike. 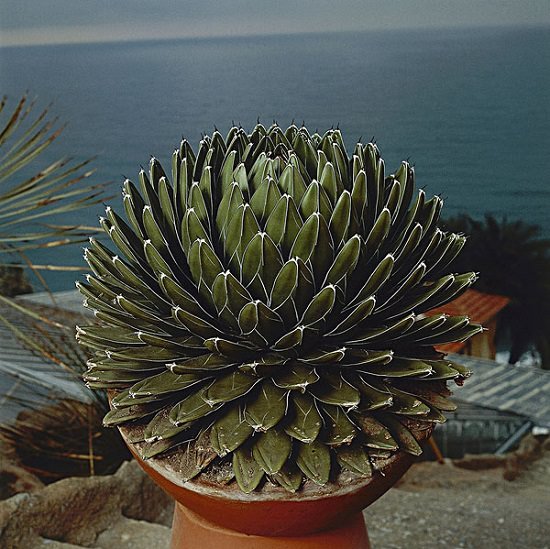 Though quite rare, you’ll be hard-pressed to find a small and beloved variety than this one. Its deep green foliage has bright white outlines, which looks like someone handpainted them! It grows creamy white flower once in its lifetime. 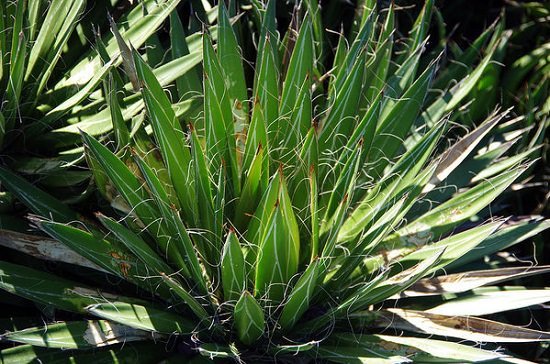 Steamless rosettes give it an ornamental look thanks to the buds with white threads like imprints, hence the name. It grows up to 2 feet long, and has self-reproducing little heads can be easily potted.

This evergreen perennial succulent looks even more incredible in the evening and morning light. Gray spines on the edge of leaves in sunlight exhibit beautiful shades of coral, red, gold, and pink. It can attain a height of 2-3 feet.

Another rare agave that belongs to Mexico’s west coast. It’s a dwarf variety, growing slowly to about 2 feet tall and 3 feet wide. It grows green-yellow flowers in pairs on either side, erect spike towering 8′ to 12′ feet, hence the name.

Though it flowers only once in a decade after planting, the wait is absolutely worth it as gigantic, asparagus-like shoot emerges from the center, reaching an unbelievable height of 12 feet with 25 to 30 short side branches bearing bright yellow flowers! 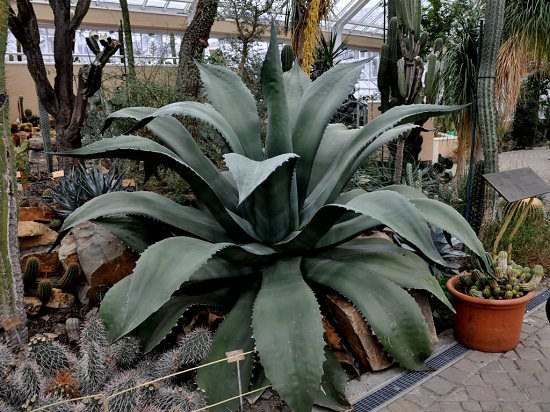 With rigid and spiny foliage that can grow very broad over time, it gets its name due to its ferocious-looking hooked spines. It can grow up to 11 feet tall and produces canary yellow flowers in a long spike.

55 Different Types of Mangoes | Best Mango Varieties in the World

Each mango variety has a distinct flavor and unique texture! Explore mouth-watering Different Types of Mangoes if you...