Benefits of Lucky Bamboo Plant are many! It helps in removing negative energy and brings positive vibes. Not to mention the fact, it’s very low maintenance! 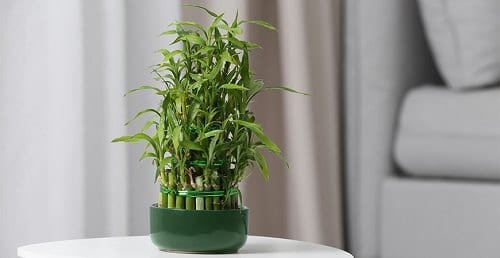 Lucky Bamboo is not a real bamboo but a type of tropical plant called dracaena sanderiana. The plant is identified as a symbol of fortune and prosperity in China. This plant has also found a place in western culture as people have inculcated it in their daily lifestyles and use it while indulging in practices like Martial arts, tai chi, and yoga. Also, it’s one of the most popular houseplants. Let’s find out all the Benefits of Lucky Bamboo Plant.

Check out our article on growing lucky bamboo here

1. An Important Part of the Feng Shui 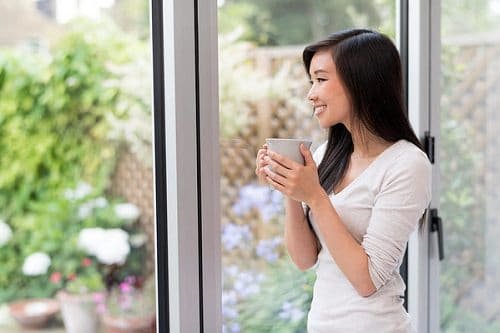 Feng Shui is a practice of maintaining peace. People in all cultures believe in positive energy. Lucky Bamboo Plant has been used for thousands of years to attract positivity, a sense of well-being, safety, and balance.

2. Use it as an Aquarium Plant

Lucky Bamboo adds air and oxygen to the aquarium water which benefits the fishes. Usually, the plant thrives when its leaves are out of the water, the plant can be grown in water even if it is not in an aquarium.

3. Use it as a Piece of Decoration 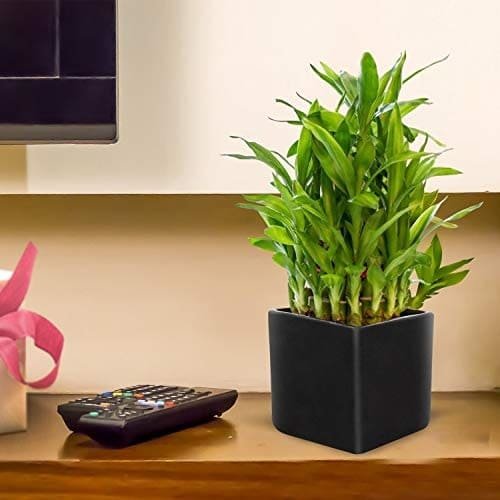 Since the plant requires minimum care, it works great as an office or house plant. Lucky Bamboo also comes in beautiful pots and makes for a great piece of decoration. Moreover, the plant represents prosperity and is heavily in demand during New Year or other religious festivals.

Lucky Bamboo is a very common indoor plant. The plant requires minimum attention, it doesn’t need direct sunlight and can grow well under indirect light as well. Moreover, you only have to water it when the soil is dry. 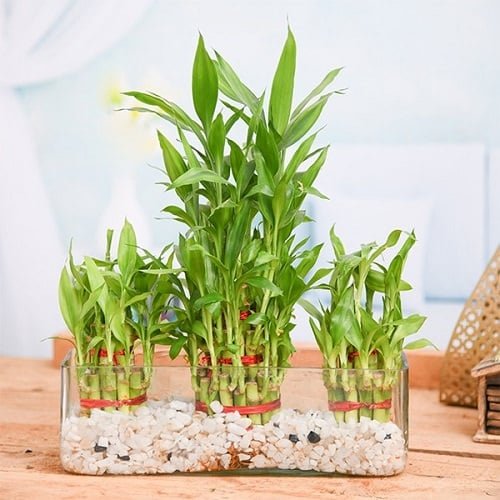 The plant comes in multiple sizes and you can pick one according to your need. If you require a big plant for your living space or a medium one for your dining table and a little lucky bamboo for your office desk, you can get it!

Cultural Importance According to Feng Shui 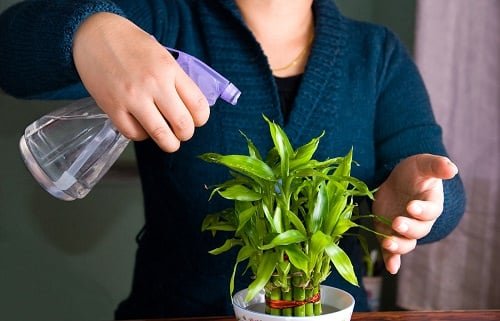 According to Chinese culture, Bamboo plants stand for prosperity and long life. There are major five elements in Feng Shui – Earth, Water, Wood, Fire, and Metal. When you plant lucky bamboo in a ceramic pot, with a metal trim, tied with red ribbon, it represents all these 5 elements together. The importance of the plant also depends on the number of its stems:

In Chinese culture, the number 4 is considered close to death. So, you are never going to find a lucky bamboo plant, arranged in four stalks. Gifting one is also considered insulting and rude.

Black Succulents? Do they exist? The answer is YES! There are some dark succulents that appear black,...