If you are looking for details on Swiss chard vs Rhubarb Difference, you are at the right place! Find all the information here!

Rhubard and Swiss chard look quite identical but are poles apart! People mistake them both for the same, thanks to their somewhat similar appearance. Apart from the looks, they are quite different when it comes to taste and nutritional properties! And, if you’re going to inspect carefully, they do not look alike as well! Check out the article and read in detail about Swiss chard vs Rhubarb Difference!

Check out our article on the difference between Cilantro and Pasley here! 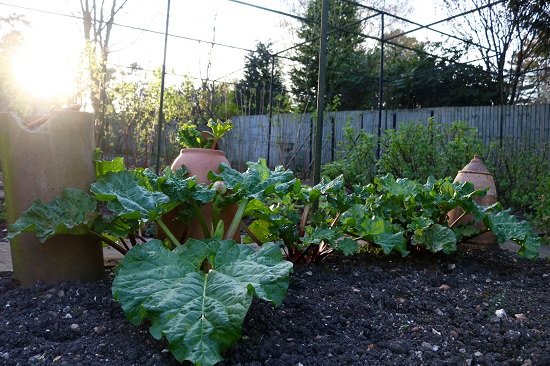 Rhubarb is from the Rheum genus of plants. It produces edible red to pink and pale green stalks. Avoid eating the triangular leaves of rhubarb as they are poisonous and contain high amounts of oxalic acid.

For safety measures, keep the leaves out of reach of pets and children. After the harvest or buying from stores, remove the leaves and wash the stalks properly. Chop and trim to use in food as the way you want.

How to Cook with Rhubarb?

Wash the stalks under running water and cut the dry ends too. Do not peel off the fibrous skin as it contains color and flavor, but peel off brown spots and bruises. Chop the stalks into small pieces. You can use them to prepare sauces, chutneys, jams, pies, cakes, and muffins. 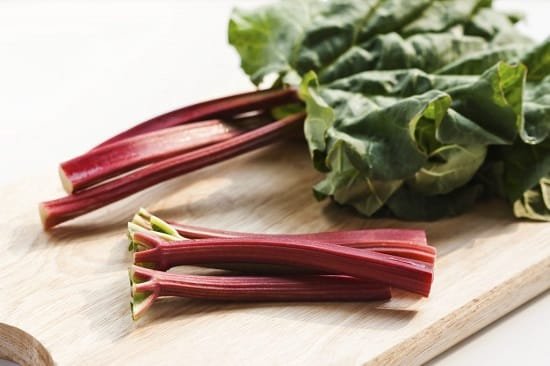 Rhubarb has a tart and sour taste with a hint of green apple. It can be neutralized by cooking and adding sugar in dishes, as many people dislike the sourness of its flavor.

What is Swiss Chard? 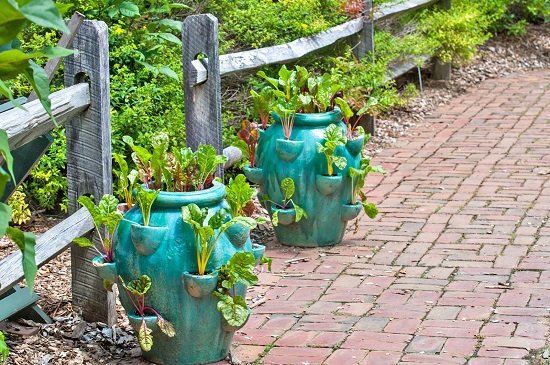 Swiss chard belongs to the Chenopodioideae family. Its leaves and thick stems, both are edible but cooked differently. Chards are available in a range of stem colors from white to purple; the most common stalk colors are gold, white, and red.

How to Cook with Swiss Chard?

You can eat young chard leaves in salads, but mature leaves taste best when cooked. The stems and leaves can be cooked together or separately, as stalks are fibrous and tough. They can be sauteed, steamed, or grilled and used in dishes like soups, casseroles, stir-fries, and stir-fries. 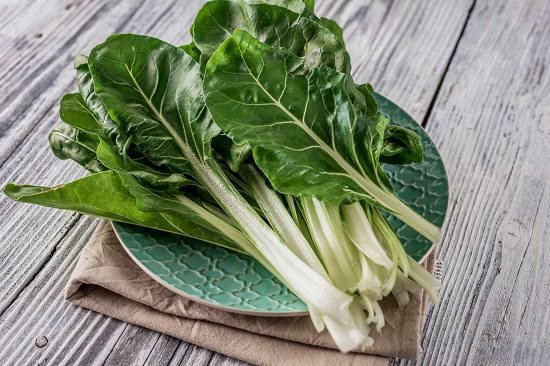 Swiss chard’s taste is quite similar to that of spinach. The flavor also varies according to the cooking method you are using. The taste turns from bitter to sweet and earthy, almost like beet after cooking as the process reduces the bitterness.

Is Rhubarb and Swiss Chard the Same? The Differences

Some varieties of swiss chard, especially ruby red chard and rainbow, can be confused with rhubarb as they also have red stalks.

Want to know the difference between Muskmelon and Cantaloupe? Click here!

Have a look at the most Most Beautiful Petunias of Instagram that will also give you an...