Does Poison Ivy Have Flowers

People consider Poison Ivy as a green bushy plant. If you wonder Does Poison Ivy Have Flowers, then you are at the right place! Let’s find out!

As the name suggests, poison ivy is poisonous but you already know that! What you are here for is – Does Poison Ivy Have Flowers? The reason might be plain old curiosity. If it bears flowers, it becomes easy to identify so that you keep your distance from it. But before finding out about the flowers, let us know more about the plant itself!

Does grass seeds go bad? Find out the answer here!

What is Poison Ivy? 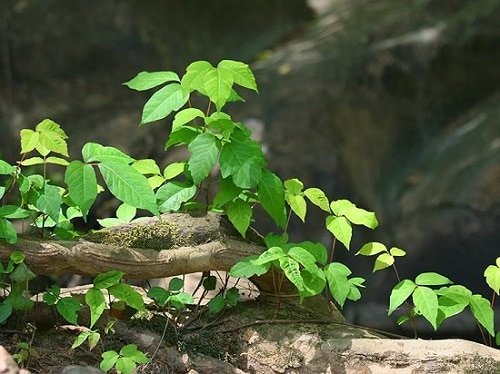 Toxicodendron radicans or poison ivy grows in nature as ground cover, low shrub, or vining plant. There is a high probability of encountering it in North American regions around sidewalks, paths, and wilderness. During the initial growing phase, the leaves are solid green, which can grow out to be dull or glossy. The leaves grow in the cluster of three and can be toothed or wavy around the edges.

Due to these highly varying features, it becomes difficult to identify it. Foliage change color from green to scarlet red in the fall and become 2-5 inches in length. It can sprawl over the grown or climb over another tree because of the presence of hairy aerial rootlets.

Does Poison Ivy Have Flowers? 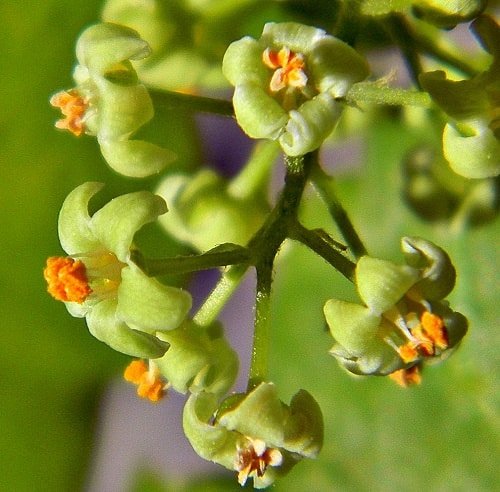 Although poison ivy indeed bears flowers, the real threat is not from the flower itself. Coming in contact with the flowers does not cause rashes, unlike stems, foliage, and vines. Yellow-green flowers grow in clusters and develop into white berries that ripen in late summer. Although these berries are edible for birds and other wild animals, they are toxic to humans.

Coming in contact with poisonous ivy from April to July, when it bears flowers, is even more hazardous. During this period, poison ivy is most potent, and this causes more severe rashes. Children are also more susceptible to poison ivy rashes as they are drawn to its flowers.

The rashes appear when you come in direct contact with the plant. The reason for rashes is the compound – urushiol, which is found in the oily resin of the plant. Symptoms include redness, itching, swelling, and blisters, which may vary in severity depending on individuals. If you encounter poison ivy, consult a doctor immediately.

Have leftover peels of lemons or oranges? Don't throw them, they are useful-- Here are 8 Awesome...