17 Unbelievable Hydrogen Peroxide Uses In Garden You Should Know

Do you know about some amazing Hydrogen Peroxide Uses in the Garden? Well, they will surprise you for sure! Read on to find out how! 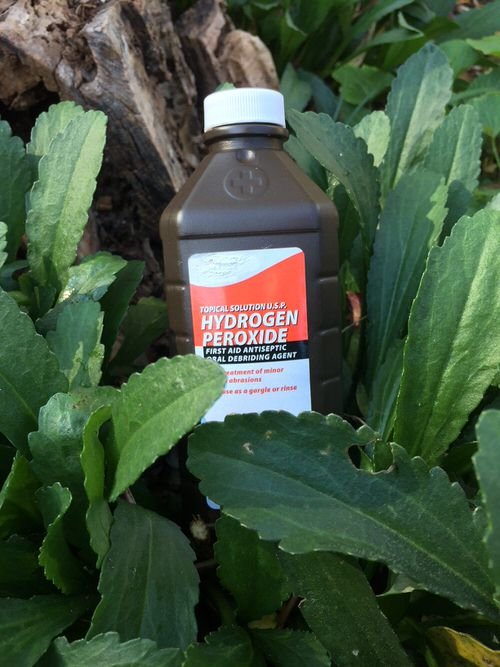 Hydrogen peroxide (H2O2) has an extra oxygen atom than water (H2O), which breaks down, and the molecule of water releases from this separately. It is this extra oxygen atom that makes it so valuable for horticulture. Let’s have a look at some helpful Hydrogen Peroxide Uses in the Garden!

Hydrogen Peroxide Uses in the Garden 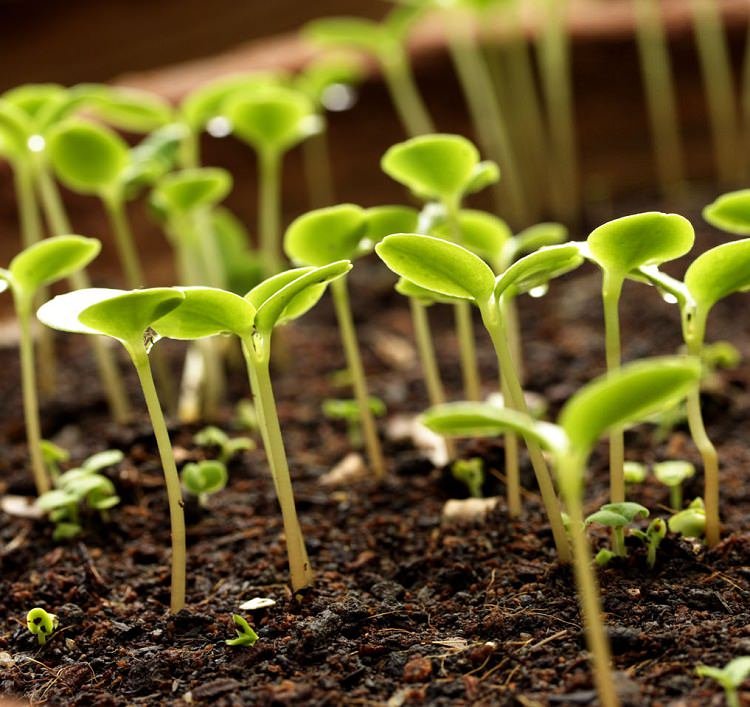 Hydrogen peroxide softens the coat of seeds and kills any pathogen present on it, which increases the germination rate and help the seeds germinate faster.

Learn all about how Hydrogen peroxide helps in seed germination here

If you overwater the plant regularly, the water fills the air pockets in the soil, and the plant’s roots suffocate due to the lack of air, and they begin to die.

To save such a plant affected by this problem, water it thoroughly with 3 ml of 3% hydrogen peroxide mixed in 1 quart of water. The extra oxygen in the hydrogen peroxide provides the roots with much-needed oxygen to survive. After this, don’t water the plant until the soil dries out well.

3. Can Be Used as a Fertilizer 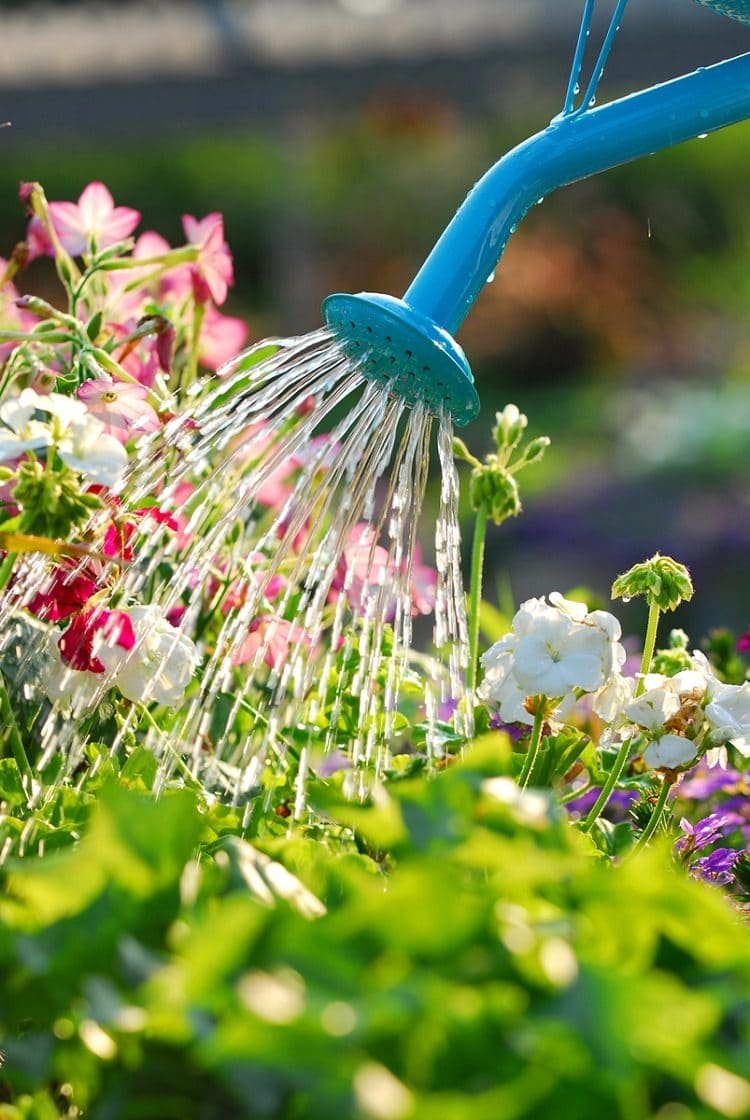 Hydrogen peroxide has one extra oxygen molecule (than water) that helps plant roots to absorb nutritions from the soil more effectively. Mix 1 teaspoon of 3% Hydrogen peroxide with 1 gallon of water to see the effect.

Note: Make sure to not use more concentrated hydrogen peroxide as it can kill plants. 3% strength is the most familiar concentration and is usually recommended.

Have a look at the best homemade fertilizers here

Hydrogen peroxide has an oxidizing property that is fatal for mold and mildew. Mix a liter of water with 10 tablespoons of 3 to 6% hydrogen peroxide depending on the level of infection. Spray this solution on plants or other surfaces daily until the problem disappears. 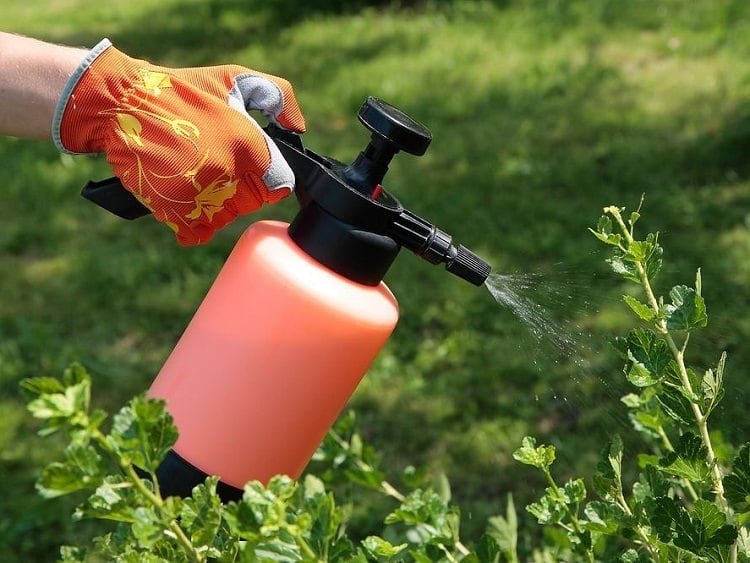 In lack of sufficient oxygen, hydroponic plants can be affected by root rot, stunted growth, and bacterial infection. You can protect the health of hydroponic plants and promote their growth by adding 1-2 tablespoons of hydrogen peroxide to one-liter water.

Mix 3-4 teaspoons of Hydrogen peroxide in a liter of water and use this solution to clean clay, terracotta, and metal garden pots. It can easily remove dirt, germs, and stubborn water marks.

Hydrogen peroxide also acts as a great disinfectant due to its anti-fungal and anti-bacterial properties. You can use it to clean and sanitize your garden tools because it can kill harmful germs and bacterias.

Mix 1-2 teaspoons of Hydrogen peroxide in 300 ml of water to make the solution. 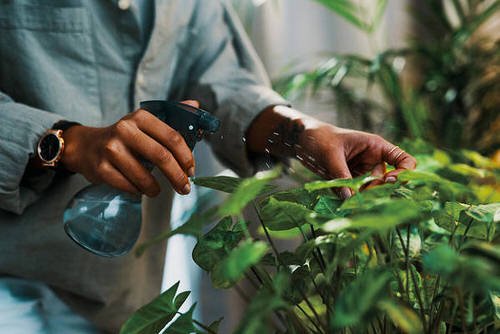 Make a solution of a liter of water with 1-2 tablespoons of 3 to 6% hydrogen peroxide depending on the level of infection. Fill it in a spray bottle, and spray on the plants affected by the insects.

It works best on soft-bodied pests like aphids and spider mites. This non-toxic solution will work better than chemical-based pesticides.

Here are the best bug repellant plants you can grow

Tap water contains chlorine and other compounds that can harm the health of your plants. You can filter tap water with hydrogen peroxide as it has oxidizing properties, which makes it fit for use in the garden.

Use a teaspoon of hydrogen peroxide in a liter of water. You can also use this solution to grow plants in water. 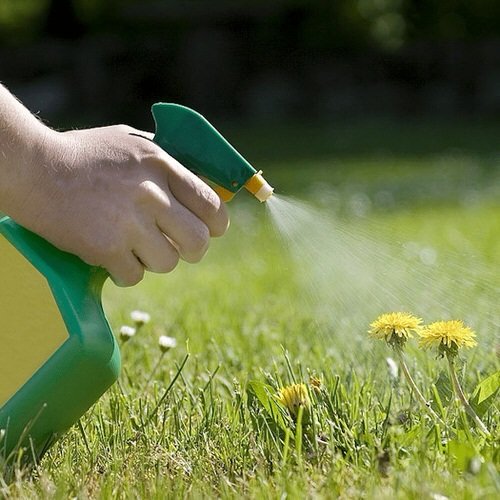 To prevent weeds in the garden, use a solution of hydrogen peroxide and water in a 50:50 ratio. Spray it on the affected area and repeat the process if needed. Do make sure that you are not accidentally spraying it on other plants.

Hydrogen peroxide can be used to scrub away mud, dirt, and stubborn stains from the garden furniture. Using a brush, give a nice rub on the furniture and then wash away with a strong jet of water. 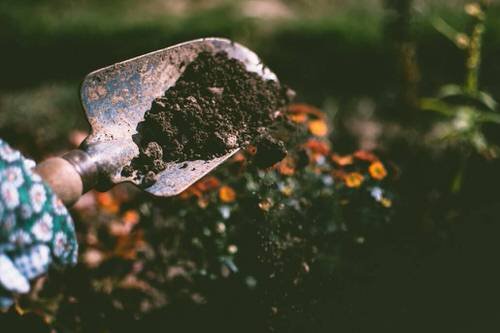 Organic potting mixes can get affected by bacteria and fungus, which can be harmful to the growth of plants. Using hydrogen peroxide eliminates this problem. Simply sprinkle a little of it over the growing medium before planting.

15. Cleans Vegetables and Fruits After Harvest 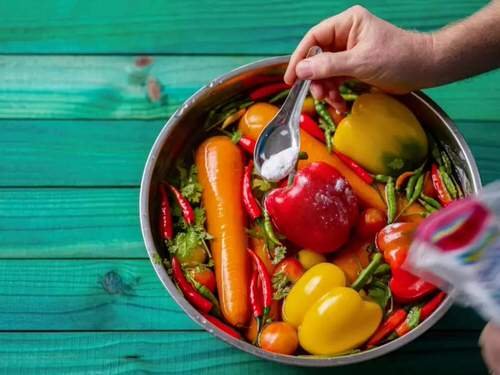 Once you have harvested vegetables and fruits, it will be a good idea to give them a nice wash with a solution of hydrogen peroxide and water (4 teaspoons in a liter of water). It will make them clean and disinfect, too. 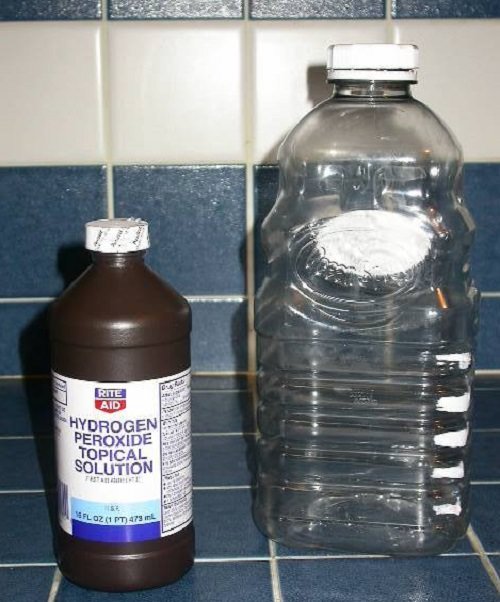 If you have a well or other water body in your backyard, then you can use hydrogen peroxide to clean its water. It eliminates the sulfur content and takes away bacteria, tannins, and foul odors from the water.

To do this, add half a teaspoon of hydrogen peroxide to a liter of water. Leave it overnight before consuming.

30 Tire Garden Ideas You Must Look At

Lychee vs Rambutan | Difference Between Rambutan and Lychee

Are there any advantages of Using Coconut Oil for Plants? Read on to know more about Coconut...