How to Make a Japanese Balcony Garden

Japanese balcony garden resembles the traditional gardening style of Japan and in this article you’ll delve into some basic and concrete aspects you need to know to make your own small Japanese garden on balcony.

Japan is a country whose achievements are known worldwide, their technology is superior, still they have not forgotten about nature. The art of creating beautiful and picturesque gardens, brought to perfection and famed Japanese garden, which is respected and admired all around the world.

How to make a Japanese balcony garden 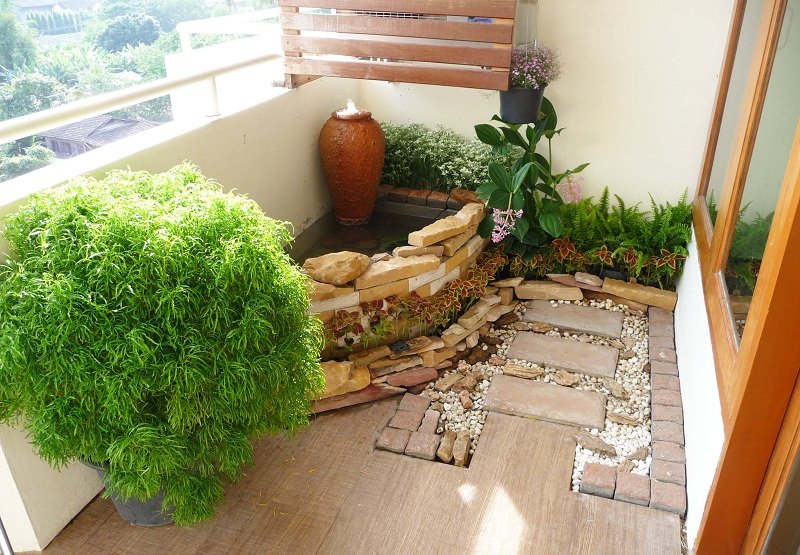 The inspiration for the creation of Japanese garden is the nature itself. The idea of the garden in the Japanese style is to create a space that looks serene and as close as possible to the mother nature, where human intervention is almost invisible and all elements harmonize perfectly with each other.

Importance of symbols in the Japanese garden

Stones: They symbolize stability and eternity. All stones should have a similar shape, form and texture, they are placed in the same position in which they occur in nature, freely accepting shapes like arches or semicircle.

Water: It is a symbol of life – it brings dynamism and movement to the garden. Rushing streams and waterfalls symbolize the men and the free and peaceful rivers – the women. The two streams are join each other – the sea. Water is sometimes replaced by an irregular bright patch of gravel.

Plants: In the Japanese garden, plants are complement to the whole establishment. Also, they are subject to strict rules. The most important are evergreens, which symbolize longevity. The main color is green. Colorful flowers are used to give only a single touch.

Plants for the Japanese garden

*These plants are easy to grow in Japan. While selecting, remember to buy plants that will suit your growing zone.

If you want to introduce stones in your garden, use pebbles and gravels in place of natural boulders, if your balcony is too small as these are befitting for small space. 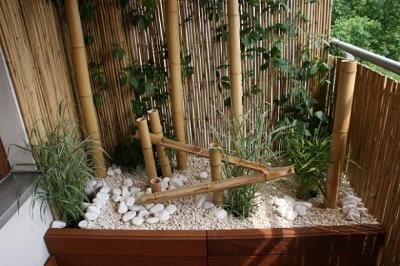 Water feature should be used in Japanese garden. The most desirable would be a small stream of water, a cascade using bamboo pipes or kakei.

This can be replaced by a water fountain or a container water garden. If you are unable to add water feature add fine, white gravel, laid out in the shape of a pond or stream.

Also Read: How to make a container water garden

The whole garden should complement to the individual components that refer to the Japanese culture for example a sculpture of Buddha.

For the flooring, use wooden deck, also tie bamboo mats on the railing of your balcony, this will also provide privacy feature.

If you are looking for details on Swiss chard vs Rhubarb Difference, you are at the right...